Issue No. 49 Table of Contents

GET YOUR PRINT COPY

GET YOUR DIGITAL COPY

WILLIAM KWOK
Taking the Path of Yin and Yang
By Kleber Battaglia
Sifu William Kwok is the Headmaster of Gotham Martial Arts in New York City, and he has been promoting Practical Wing Chun since 2008. Kwok is Grandmaster Wan Kam Leung’s first closed-door disciple to teach Practical Wing Chun in North America. In 2015, the United States President’s Council on Sports, Fitness & Nutrition recognised Sifu Kwok with the Community Leadership Award. Currently, he is pursuing a Doctor of Education in Curriculum, Teaching, Learning, and Leadership at Northeastern University. This course has a research focus on the potential effects of martial arts on the greater community. He has been given the nickname of Kung Fu Gentleman by his students. Sifu Kwok continuously strives to understand how balancing and integrating Yin and Yang can create harmony in our lives.

SECOND NATURE
I Can’t Teach You Wing Chun!
You Must Learn It
By Wayne Belonoha
A teacher cannot force a student to learn as there is more involved than just memorisation of techniques or theories. True learning comes from experience.

MOON POINTING FINGER
Chi Sau
Putting Things into Perspective
By David Peterson
The true purpose of Chi Sau appears to have been forgotten, with its relevance lost or ignored. It’s time to put things into perspective and to appreciate just what Chi Sau is all about.

UNDERSTANDING WING CHUN
Hitting the Wall
By Colin Ward
Is it as bad taking a break from class training as you think or can there be an upside to time off?

THE INNER CIRCLE
Practitioners of Gulao Wing Chun
Mr Lam Baak Cheung
By Fung Geng Daat
Lam Baak Cheung was the sworn brother of Wong Was Saam and his most senior student in Pin Sun Wing Chun. In this issue, we clear up the mystery of Lam Baak Cheung.

THE STRAIGHT LEAD
What Defeated Bruce Lee?
By Jason Korol
Bruce Lee’s greatest “defeat” came not from an enemy but his improper training. Learn how to avoid that mistake.

JONATHAN PARSONS
Fighting to Keep You Focused
By Jason Korol
What’s the biggest mistake we can make in our training? Not being ready for the sudden fury of real combat. Sifu Parsons shows us how to make sure we’re ready.

USING WING CHUN ON THE STREET
From Personal Experience
By Jef Sutherland
Living in some of the UK’s toughest neighbourhoods has given Jef Sutherland a unique perspective on self-defence. Here he shares some of his experiences on using Wing Chun in real life.

FATSAAN WING CHUN ASSOCIATION
Preserving Traditional Wing Chun
By Zhang Tianyu
We sat down to have a conversation with the chairman of the Fatsaan Wing Chun Association, Master Gwok Wai Jaam, to discuss its background, mission and future initiatives.

THE TRUTH ABOUT MMA AND WING CHUN
Intolerance in the Martial Arts Arena
By Joseph Musse II
We live in a world full of division and animosity. It’s sad but unfortunately true, and still, there are more division and separations in the martial arts world. Wing Chun, is now the new target for the bullies on the block.

STRUCTURE AND APPLICATION
Jong Master Class (Part 3)
By Dr Robert Chu
In essence, the Jong is a means of mastering Wing Chun’s structure and application. However, your understanding of the Jong will also highlight the flaws of your understanding.

THE KUNG FU GENIUS
The Curious Case of the Missing Slant Kick: Part 2
By Alex Richter
Sifu Richter explores the justifications for the Chum Kiu form’s single left Slant Kick and what it says about confirmation bias.

MY MARTIAL ARTS JOURNEY
Evolution, not Revolution
By David Lampert
Traditional and progression are both equally important words in the world of martial arts. Dave discusses the need for both to coexist balanced in a harmonic partnership where both parts are not neglected.

IN PRINT
Lafayette Harris reviews the following books: Hard Target: Becoming Your Own Bodyguard by Tony Massengill and The Protector Ethic: Morality, Virtue, And Ethics in the Martial Way by James V. Morganelli.

Subscribe today to get the 6 issues published in a year, plus access to all back issues (value $391). 3,400+ pages of practical insights and tips, but best of all....NO LINEAGE POLITICS! Read on iOS, Android and Desktop.

GET PRINT YOUR COPY 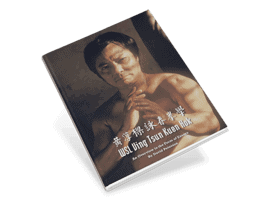 GET YOUR COPY NOW

Read the entire Issue 44 featuring Sifu Mauro Gibin for FREE. Read on iOS, Android, and Desktop. No sign up required.

Join our mailing list to receive the latest news, updates, and special promotions from the Wing Chun Illustrated team.

You have Successfully Subscribed!

By clicking the "Subscribe" button, you agree to receive emails with the latest news, updates, and special promotions from Wing Chun Illustrated. You can unsubscribe any time.